Award winning Zest 4 Leisure part of the P&A group received a record amount of stand visits at this year’s GLEE Birmingham Trade Show.
The company is a leading supplier to the Garden trade industry with an inspired collection of timber garden products which range from seating and dining sets, to gazebos, award winning arbours and arches, grow your own beds and a wide selection of landscaping timber products including fencing, rustic sleepers and edging.


This year’s GLEE show saw the fourth time the company had exhibited, with each getting bigger and better.
The GIMA 2015/2016 award winners showcased dinning sets, picnic tables, outdoor table sets and BBQ shelters, all a part of the new leisure range for the 2017 season.
“We are so pleased with the positive outcome we’ve had yet again from exhibiting at the GLEE Trade Show. The new range went down really well and was a great success with visitors to the stand. It was fantastic to have the opportunity to not only speak to our existing customers but also meet potential new customers for the 2017 season and beyond. We would also like to say a big thank you all who helped organise and make the show such a success.” Said Zest Sales Manager, Alwyn Williams.

Zest 4 leisure also took the opportunity to raise awareness for their chosen charity of the year, Meningitis Now. The company believe it is vital to support the community and enjoy being involved with events, fundraisers and charity work.
Zest 4 Leisure’s Managing Director feels it is very important to raise money and raise awareness for a very important charity Meningitis Now. This follows the success of 2014/2015 when as a group we raised over £15,000.00 for The Alzheimer’s Society. Our Managing Director, Steve Morgan and John Vaughan, Timber Buildings and Fencing Manager completed the Iron Man challenge as part of our fund raising activities.
This year, Steve and John took part in the Iron Man Poland challenge to help raise money for our chosen charity of the year, Meningitis now. The company is halfway through the year and have raised over £2000 already.
The company is also on course to take part in the Manchester Marathon next year.

You can support Zest 4 Leisure in their fundraising journey here: https://www.justgiving.com/fundraising/PandAGroup-and-Zest4Leisure-MeningitisNow 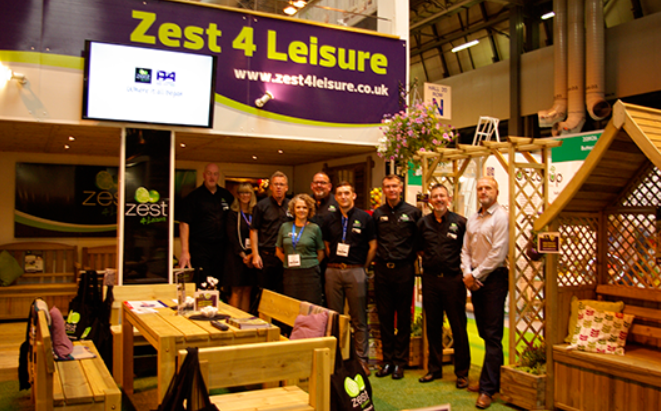