All on board for Gung Ho!

Home» News» All on board for Gung Ho!

All on board for Gung Ho!

On Saturday 1st June, 25 P&A employees, from all divisions including P&A Pallets, The Woodworks Garden Centre and Café, Woodworks Timber Buildings and Zest 4 Leisure, donned their trainers and took part in a 5k Gung Ho! Challenge at Chester Racecourse for Hope House and Tŷ Gobaith, the company’s annual chosen charity.


The challenge saw employees tackle the 5K inflatable assault course with everyone happily making it down the inflatable finish line and celebrating in a foam filled pit.


Carl Bowes, Senior Graphic Coordinator at P&A Group, said “We had a fantastic time throwing ourselves down inflatable slides, crawling through tunnels and climbing 10ft walls. It’s amazing to see so many members of staff joining in with the fun - a fitness challenge as well as raising money for Hope House & Tŷ Gobaith”
Steve Morgan, Managing Director at P&A, said “It was great to see everyone having such a fantastic day at Chester Racecourse whilst raising money for Hope House & Tŷ Gobaith. As a company, P&A Group is committed to employee fitness and long-term well-being. We run four fitness classes a week to assist with the fitness goals that employees set themselves, with many taking on 5k’s, half marathons and marathons.”


“Year after year I am amazed by how staff push themselves to raise money for our chosen charities. This year we’ve set a target of £10,000 and we’re fundraising through a variety of challenges - ranging from, bake sales, marathons and 10K walks to adrenaline filled sky dives”
Leading the fundraising initiative is P&A Group Finance Director, Andrew Baker, who has raised over £1,200 through his quest to run 1,600 miles by the end of the year. So far, Andrew has done 85 runs, clocking up over 600 miles in the process. He completed his most recent – the Chester Half Marathon – with a personal best time of 1 hour 28 minutes, finishing 170th out of 4,350 runners!


From other divisions of the company, 10 plucky P&A Group employees took to the skies on 18th May and performed tandem skydives at Tilstock Airfield in North Shropshire. Employees were back on terra firma by midday after jumping from a dizzying 10,000 feet and freefalling for 30 seconds before pulling the rip cord. Everyone was thrilled to have completed the jump safely and for one employee it was not just his first skydive but also his first time on a plane!


This is the second time that the company has chosen to raise funds for the children’s hospices which provide care and support to children and young people with serious illnesses and life limiting conditions, and their families, from Shropshire, Cheshire, North and Mid Wales.


Anyone wishing to support P&A Group in their fundraising challenges, can make a donation here. 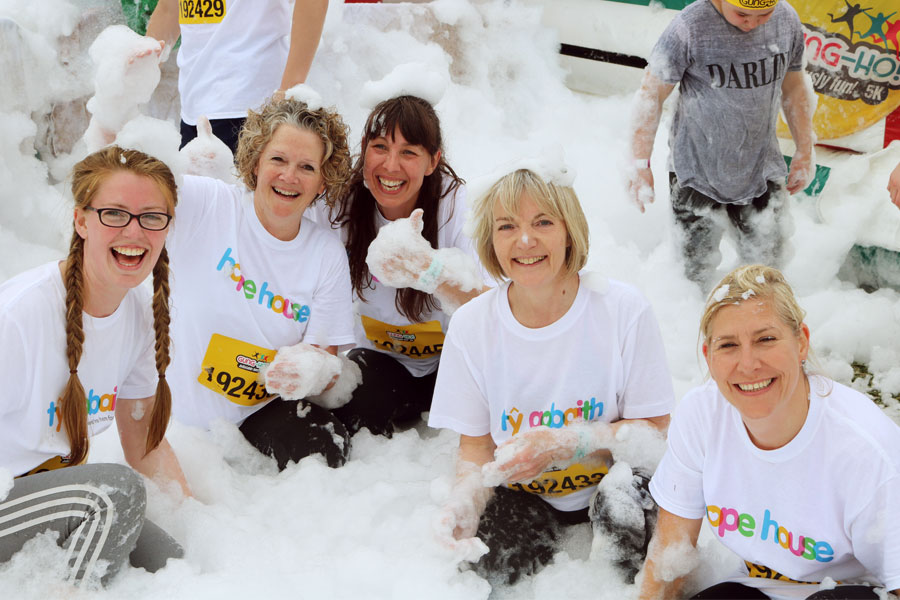